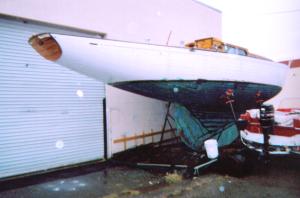 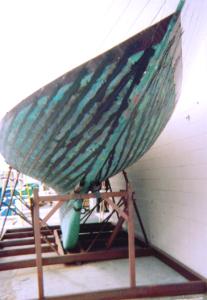 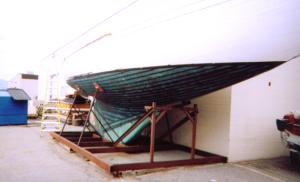 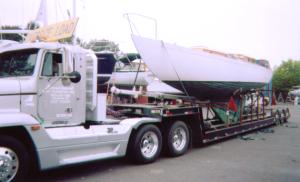 Eulalie is offloaded and moved to the work area 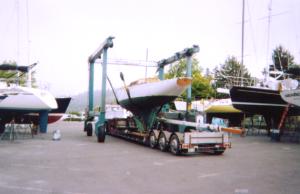 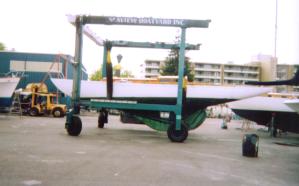 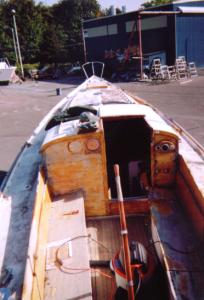 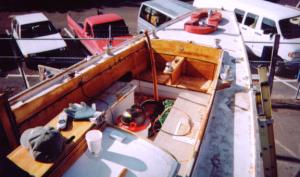 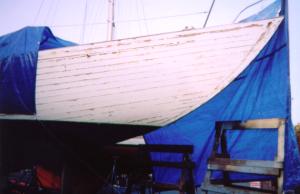 Nautilus II (left)and Eulalie (right), November 2004. Nautilus II was designed by Ben Seaborn, and built by the Blanchard Boatyard in 1946. Nautilus II and Eulalie raced against each other in the 1947 Transpac race. Eulalie was first to the finish line. Nautilus II won the Swiftsure Classic Lightship ocean race (Victoria BC) the following year. Eulalie's re-caulking is finished and the hull is painted 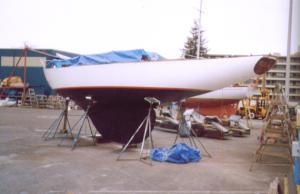 Getting ready for the re-launch. On the way to the water Eulalie is back in the water after more than two years 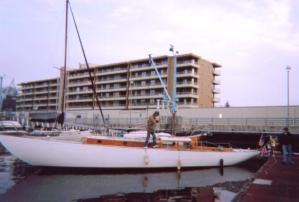